In many ways the sport of IndyCar racing is sort of like the building that stands at 1701 Gent Street in Indianapolis. In the pre-WWII era, the Roger Penske of the 30s and 40s was owner Mike Boyle. His primary driver was Wilbur Shaw. The Indianapolis Star ran a feature story earlier in the week about the state of neglect of that particular historical edifice in the sphere of Indy style racing. Recently, the roof caved in. No one seems to care save for a precious few who are respectful of history but not equipped in the wallet to do anything except mourn. 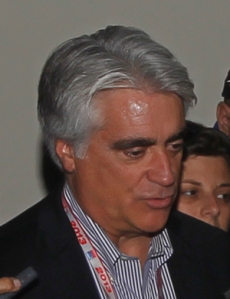 That story is very sad and something terrible has been allowed to occur. Those of us with hope and optimism hope the Mark Miles-led IndyCar series does not allow its roof to cave in any time soon. Regarding Miles, he says a lot of upbeat things but his definitive actions seem limited to items that historically have been repeatedly proven to be failures:

-IndyCars road racing imbalance. Road racing series have always failed in America. So what does he do? Re-create an oft-chided road course and puts in a points-paying road ‘race’ to ‘invigorate’ May. That approach may work for those in denial of reality and ignorant of the history that got us through the first century successfully. The road racing imbalance is now at 70/30. A proven prescription for failure.

-He proposes changing qualifications to something that involves jumping through even more circus hoops although no specifics have been offered.

I have an idea: Establish a structure that allows for meaningful innovation, reasonable cost of entry, alternatives to crated engines and inclusion of more participants. Trying to create drama with 34 entrants has always been, and will continue to be, a joke. Those trying to manufacture excitement from that look stupid. Stop it already.

As long as Dario Franchitti is going to lament driving cars from the waning days of cart and referring to current IndyCars as ‘not lookers’ in Racer magazine I am going to remain convinced that the active, ongoing attempts to ‘cartisize’ IndyCar by most holdovers from the twice failed entity will result in yet more failure because it always has.

In a discussion about Mark Miles somewhere in the closed playpen that is trackforum many squatting road racing/formula enthusiasts allowed to browbeat there think and position IndyCar as having to be a primary open wheel provider for the rest of the world. Why? It makes no sense. Look at the large number of formula series in Europe and elsewhere.  The more IndyCar gets removed from America the less popular it will become domestically. It does not take a rocket scientist to figure that out.

Who says this product must be delivered globally?  Who does it really help?  Why would Americans want to support something they are unable to watch in person, particularly when it is running on the other side of the globe?  I thought that was what F1 was for.

This ‘let’s take over the world’ mindset is rooted in the delusional fantasy which has allowed cart enthusiasts to rewrite history to support their utopian view of something they convinced themselves they had. That kind of mental illness ultimately did it in. Twice.

IndyCar must return to some oval roots and stop jacking around with other countries trying to get one-offs. ALL of them have ALWAYS failed. There are plenty of early year venues at which IndyCar can run domestically. Miles must first establish a dialog then negotiate reasonably. It appears neither of those things has occurred. The best course of action is rooted in history and lies right in front of them. We should all hope the current occupiers eventually choose to employ common sense.